The scent of spring

"Springtime… nature wakes up… feeling desire to breathe in the scent of flowers, to live outdoors"… That's what I was thinking about while taking a walk in the Club's garden. My attention was stolen by an orchid plant: the flowers went from a lilac shade to a deep violet, like velvet. My mind was wandering between thoughts without any particular focus…

A hand touched my shoulder, "You are always sinking yourself into nature's energy, aren't you?" said the deep and warm voice, belonging to Wilhelm.

"Sure: participating of the life of the earth increases the desire for life itself! Plus we are entering into spring! The coming of spring marks the beginning of a new annual cycle; after winter's cold and darkness nature wakes up giving us light, colors and scents, stating with all its powerful energy how life can be brilliant and pleasantly intoxicating. Life expresses itself trough nature's games and fantasy".

I sneezed vigorously, "Right, yet not for everyone this moment is full of joy… in fact for some people this seasonal change turns into an annoying and sometimes disabling appointment".

Wilhelm gave me an ironic look while smelling an orchid, "Allergy… this unfamiliar face".

Walking slowly and thoughtfully we reached our table; picking up his unspoken invitation I started, "surely in this case it is our immune system's fault, that system destined to preserve the integrity of our organism and to defend it from unrecognized and foreign external agents (pollens in this case). To be precise, though, we need to go beyond this. An allergic individual reacts to substances that, under normal conditions, should not unleash any reaction whatsoever in the organism. Such hyper-reactivity is genetically codified. Substances able to set off such reactions are called allergens (pollens, foods, pharmaceuticals, etc.) and, ones they entered the human body, the link themselves to antibodies1 and start a reaction by freeing histamine2, which causes all allergic symptoms. As physicians, we base our treatments on substances that interrupt such a reaction, like corticosteroids and antihistamines. What would you suggest as far as bio-natural treatments?

As I was saying all this, John arrived with tea: a variety of red Keemun tea with a very small splash of smoked Fujian tea. The flavor and the strong aroma usually stimulate deep thoughts and meditation. After sipping and enjoying it, Will continued.

"Shiatsu can come in help by energetically working on our immune system through meridians responsible to restore order and balance in our organism. Particularly important is the meridian called 'Triple Heater' or 'Triple Burner', which bears the task of energetically connecting the organs.

The Triple Heater does not have a fixed location within the organism, yet his thermic and constant function involves metabolic processes of all organs and entrails. His action, therefore, affects liquids, solids and the energetic qi. According to TCM one should work also on the kidney's meridian, in order to reestablish the energetis foundations of the body. Needless to say, if particular districts of the body are affected, like in the case of hay-fever, one needs to add specific points connected to the affected areas".

After gazing on the steam rising from the cup, he continued, "These points can be treated, besides with Shiatsu, also with Moxibustion3".

As I sank into my own thoughts I got struck by a weird feeling, as if I was looking at a set for a photo-shoot. Wilhelm was leaning on the couch and sipping his tea, while my face was revealing a deep attention toward his words. It was the magic atmosphere of our Club: an incredibly magical place where one can feel totally alive.

1. Antibodies are substances produced by the white blood cells (WBC) that recognize what does not belong to the body, chemically attaching themselves to it. Usually this kind of reaction is generated by substances of much bigger scale and quantities than pollens. Allergic individuals produce IgE class antibodies, called regains because they react to small substances (fig. 1). Allergic people are much more reactive from this perspective. The complex antibody – allergen activates the mastocytic cells (a certain kind of WBC) up to an alteration that can involve the whole body.

2. Histamine is a substance produced by basophil granulocytes, platelets (which can be both found in the bloodstream) and mastocytes (present in the connective tissue, next to blood vessels). This substance is responsible for the increment of blood flow in the area attacked by an external agent and provokes a vasodilatation, facilitating the arrival of immune system cells. If it is produced in high quantities – like in the allergic phenomenon – it can set off undesired reactions. Starting from a local reaction (typical reaction to an insect's byte) it can cause alterations that involve the whole body.

In the last case the chain of reaction can get quite serious and even provoke death:
- Lowering of arterial pressure until the state of shock
- Obstruction by swelling of the aerial pathways in the throat
- Bronchial constriction and consequent respiratory issues (asthma)

The most common form is the pollinosis, that is, the allergic reaction to pollen. They enter into the system through inhalation (while usually they do not cause a reaction if ingested because they get destroyed by digestive enzymes). Conjunctivitis, cold and asthma are typical manifestations of this problem.

Treatments used to neutralize the issue are:
- Antihistamines: they reduce symptoms and reaction
- Cortisones: they reduce the immune response at the base of the reaction and fight the associated inflammation.
- Vaccines: through the intake of antigenic solutions, increasingly more concentrated, the subject becomes ever less sensitive to such substances
- Additionally, one can employ unconventional methods like Chinese acupuncture and reflexology (auriculotherapy in particular).

3. Moxibustion is a treatment coming from non-conventional medicine, which consists of an herb – the Artemisia vulgaris – that by special manipulations turns into cigars, cones or lint to be burned in order to release an intense heat aimed to stimulate and treat specific points on the energetic meridians called tsubos. 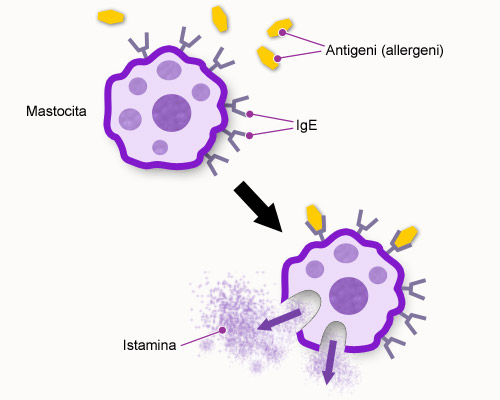 Fig. 1 - Illustration of the system of production of histamine by mastocytes.